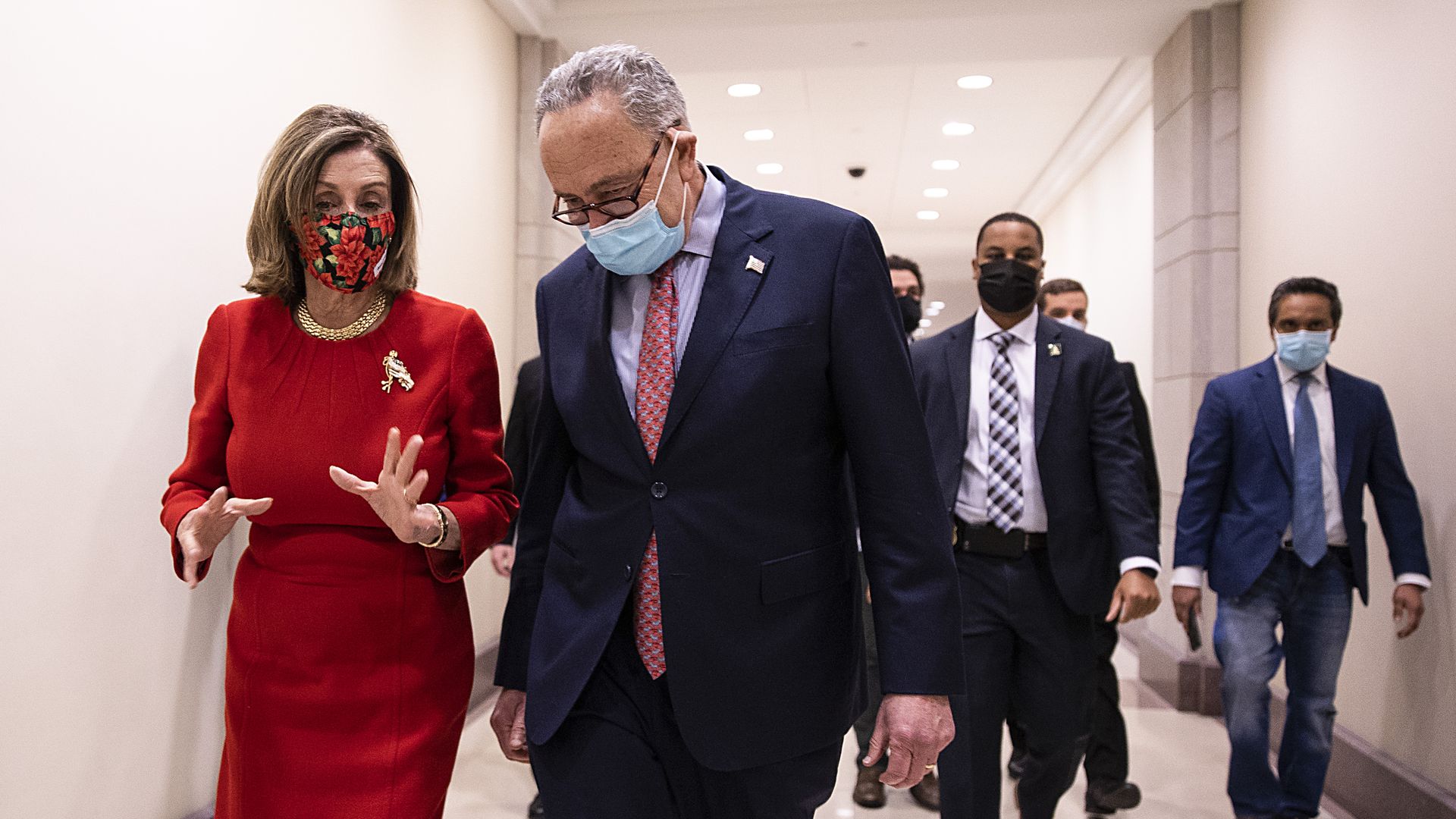 Driving the news: Pelosi accused Trump of committing “seditious acts” and said keeping him in office for the next 13 days would be “very dangerous.” She emphasized that the “overwhelming sentiment” of her caucus is to impeach Trump if Pence or the Cabinet do not act.

Why it matters: It’s a forceful demand by Democratic leadership, underscoring the severity of the situation after the insurrection at the U.S. Capitol on Wednesday. Some confidants and Republican officials have privately considered invoking the 25th Amendment, which has long been dismissed as a liberal fantasy.

Where it stands: Rep. Alexandria Ocasio-Cortez (D-N.Y.) shared a screenshot of articles of impeachment that she said had “already been drafted” by Rep. Ilhan Omar (D-Minn.) and “are ready for introduction.” More “members are signing on,” Ocasio-Cortez said.

What they’re saying: “What happened at the U.S. Capitol yesterday was an insurrection against the United States, incited by the president. This president should not hold office one day longer,” Schumer said in a statement.

Of note: Congress is out of session until Joe Biden’s inauguration on Jan. 20.

This site uses Akismet to reduce spam. Learn how your comment data is processed.